The year 2020 started with a rather unexpected global crisis namely, the corona virus. The end of 2019 registered the first cases in China and as a prime effort to contain the infection from spreading Chinese officials locked down cities with millions of inhabitants. Wuhan is considered to be the birth pool of this threatening virus.

What looked like a basic regional issue. Swiftly became a global pandemic. The world quickly noticed that this is a huge problem to handle. And it needs to be dealt with as quickly as possible. The World Health Organization – WHO called on nations worldwide to react as prompt as possible they can.

History has taught us that when something unknown and unpredictable appears the financial markets are usually the first to react.

Rising tension regarding the spread and infections of the corona-virus has already gripped Wall Street.

The S&P 500 was down 0.4 points at the end of the trading session. And it brings new losses on the table because it is already down by -6%. For two consecutive days, the US bonds rallied and pushed the yield on the 10 year Treasury note close to yet a fresh new record low level. And the price of oil has also fell dramatically.

Investors now believe that the corona-virus outbreak is at the root of this and it is slowly and consistently disrupting the global trade instruments. But the problems don’t end here. Because the virus also slows growth down. And the stock prices are reacting with serious concerns about the viruses reach outside China.

The spread of the virus sparks market movements

As the virus continues spreading, many economists state that this new global crisis is capable of shaking the global supply chain itself as well as halt the economic growth.

Many concerned investors have already started dumping stocks and began looking for much safer investments such as government bonds. Therefore pushing prices up and yields down.

As a direct consequence. Stocks are sold fast in the United States and Europe. And this has managed to create a unique divergence between US markets and Chinese emerging markets.

It is important to notice that many equities follow the DJIA – the Dow Jones Industrial Average and the S&P500 and their reaction to risk-related events is always a good representation of the impact of such events.

The Bank of Japan – BOJ is now keeping its interest rates on the negative side of the chart and the Japanese Yuan is one of the lowest in the world.

Dollar – AUD and it comes as no surprise because of the strong trading relations between the Australian and Chinese economies in exchange for import and export goods.

The Australian export to China holds an approximate value of thirty percent and the import amounts to a total of 28 %. This clearly means that both economies are interdependent. You see, in a broad sense this means that they basically depend on each other. And it’s easy to notice why a slowdown in China’s economy is having a significant impact on the Australian economy. This economical weakness in the Australian economy can be seen in its currency, the AUD.

It is believed that investors are now more than willing to take more risks on the US stock market. Which will lead to borrowing more money to buy more stocks. Investors are most likely probable to borrow in JPY because of the low-interest rates and then change the JPY for USD and then acquire stocks, as a direct consequence the USD/JPY currency pair is going upwards and so are the US stocks.

The influence of the Corona-virus in Asia can be seen in the activity of the People’s Bank of China – PBOC which is under a lot of pressure.

All the worries about the impact of the virus on the global economy clearly show the inter dependency of the world’s economies. No analyst can state that this is a local problem because the Asian market plays a significant role in global growth. 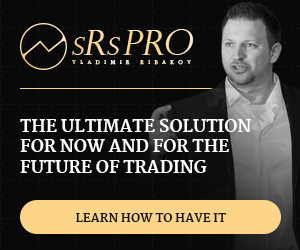